Recently, I was emailed by a follower basically asking, “is Satan real, or an illusion?”

I can’t believe I’ve reached the stage of being asked questions – yeeeeeeeeeeee – but fortunately, there’s Scripture. I’ll just go there.

Satan is real. He is treated as a conscious being with intelligence and personality. And he is a (limited) threat.

This subject makes people sensitive. There’s a lot of (pardon the expression) heated opinion about Satan and his precise role in the Christian’s life. Good teachings, bad teachings, and bad teachings that spring off both the good and bad.

Personal conviction: I want Scripture, straight-up, as it truly is. I don’t want man’s “compensational” teachings. Np Scripture tossed aside or marginalized because “people will run the wrong way with it”, or because it frightens them, or because it diminishes God in their preferred system. Throwing out the baby with the bathwater, in other words. The term “bathwater theology” describes this phenemenon well, and there’s a lot of it floating around.

Here’s what I find in Scripture (and may God lead me well in this).

END_OF_DOCUMENT_TOKEN_TO_BE_REPLACED

Note: This post’s first half is tongue-in-cheek, folks. If we can’t have a sense of humor in the comments section, I’ll be throwing penalty flags on you. Because heaven knows they won’t be thrown on the Patriots.

I personally suspect that it might be amongst the lowest-rated Super Bowls in NFL history. I’m writing this several hours before kickoff, so I don’t know if this prediction is true as you’re reading this. But it’s my guess.

And not just because of this year’s well-intended but broad and self-defeating player protests, though that’s part of it.

No, it’s because it’s the Patriots.

END_OF_DOCUMENT_TOKEN_TO_BE_REPLACED 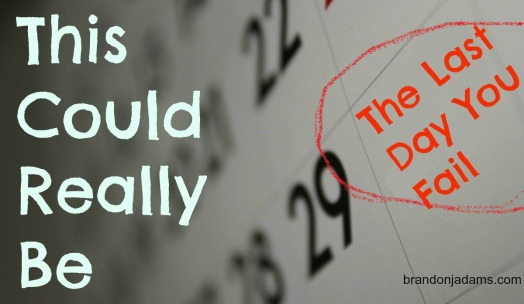 And we’ve had so many go-arounds with this particular enemy – some weakness, some vice, some habit seemingly iron-wrought or seemingly genetically hard-coded – that it’s turned the idea of victory into distant foolishness…even though you know that victory is God’s will, and that with his commands comes the power to obey.

Perhaps victory seems attainable during moments when we’re in the clear, when temptation is at bay. Or at church, or after the prayer of repentance, when you’re bowled over by God’s grace and power.

But once the bell rings again, and you’re standing in front of the refrigerator or the computer or that person at work who needs your patience rather than your anger, the optimism fades fast. A deeper layer of doubt is revealed in your heart. I can’t do it. If we succeed for a little while, it switches to, I can’t possibly keep this up forever. Or the urgency fades after a week and our treacherous minds convince us that one surrender won’t hurt and…it ends up being more than one surrender.

Don’t you sometimes just wake up and want to be free of all that? For good?

END_OF_DOCUMENT_TOKEN_TO_BE_REPLACED 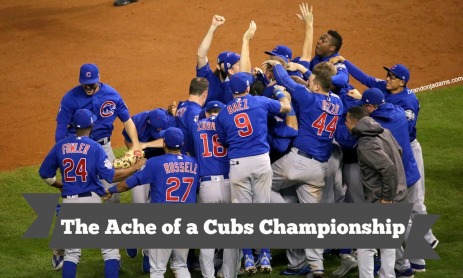 Joe Buck’s words reverberated across the nation, Chicago erupting into bewildered revelry, a 108-year-old curse shattering into pieces. The Chicago Cubs, known for generations as the “lovable losers” who could find a way to choke in any circumstance, were now the undisputed top dogs – winner of the 2016 World Series.

“No more waiting until next year,” as Buck so eloquently put it – no more next game, no more tough practice session tomorrow, no more drowning in negative headlines. The players could finally let it all go. You could see the worries drop from their shoulders, the internal pressures released. Kris Bryant, having nailed the final toss, leaping across the field like Neil Armstrong on the moon; Anthony Rizzo pocketing that winning ball and flinging his glove aside to leap into a bouncing throng of teammates; fans nationwide collapsing in relief as they watched, their blood pressure dropping just as quickly. Their team…not a newly adopted playoff favorite, but their long-cherished team…had finally won it all.

For me, the most heartwarming moment of the night was watching YouTube videos of elderly folks reveling in their homes. There was none of that when my Seahawks won the Super Bowl; they’re a younger team in a younger sport, no fans in their nineties to watch a lifelong dream come true. That night, ninety-year-olds Cubs fans clapped gleefully like kids from their rocking chairs, their bodies even remembering how to dance for a few moments. They had hung on, disappointment after disappointment, for almost a century. At long last, they had been rewarded.

And thinking of that, I felt…an ache.

It was not the ache of worrying about next season. (By the way, while I have you here – don’t do that. Don’t let your thoughts start turning to whether they’ll repeat next year, to worrying about the draft and free agency, to wondering whether this was all a fluke. Not so soon. They just won the World Series. For goodness’ sake, rest and enjoy it. That’s my advice, from someone whose football team won it all three years ago. Some fans will never know this joy.)

No, this ache was something else.

END_OF_DOCUMENT_TOKEN_TO_BE_REPLACED 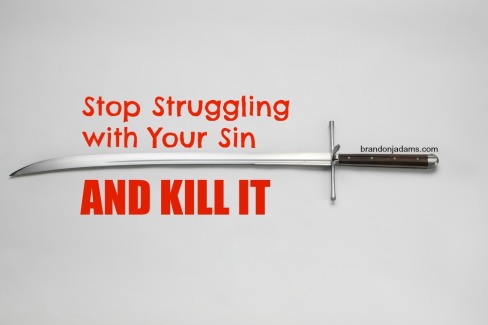 One April during my Air Force tour, our squadron commander handed us a goal: a 100% off-duty safety record for the summer.

I raised an eyebrow. Our squadron was based in college-town Phoenix and consisted of twentysomethings brandishing motorcycles, ATV’s, jet-skis, and a love of drink. No off-duty accidents for a whole summer seemed as likely as deciphering a Newsboys lyric.

Later, that commander visited the flightline and happened to strike up a conversation with my work group. Being a little (too?) bold, I asked if he realistically expected the 100% goal to be reached. His gracious reply:

I am among many Christians struggling with certain sins. We sincerely want to please God, cut the garbage out of our lives. The first thing I often say to teens who admit they’re struggling is, “Good. Struggle is good. It’s better than surrender.”

But eventually we have to face the results. Longings to become gentler and kinder, with little to show for it. Years of bondage to sexual sin. Constant failed attempts to be more honest. Our flesh doesn’t just roll over; it weighs us down, and our hearts sink with it.

One day, I heard a talk that transformed my approach to sin.