I used to scratch my head wondering why the world would call the gospel of Christ “foolish”.

“For the message of the cross is foolishness to those who are perishing, but to us who are being saved it is the power of God.” (1 Cor. 1:18)

I could see the world hating God for requiring something of them morally (even though his yoke is easy and his burden is light). 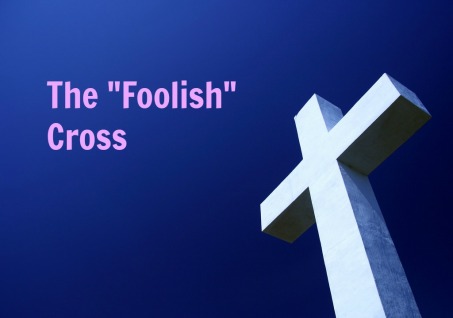 (even though he offers a way out, paid with his Son’s blood).

I could see the world hating God for allowing or seemingly ignoring, in the Bible, things that don’t match up with my 21st century Western worldview (like war or slavery).

I could see all that. I wouldn’t agree with it – he is beyond our accounting – but then again, I hardly expect the world to understand (yet) things that are only revealed by the Spirit they reject. From their limited standpoint, their hatred of God makes sense. I pray for their eyes to be opened.

But why would they think of God, or anything from God, as foolish, as 1 Corinthians 1:18 says? Judgmental, callous, unfair in their eyes, maybe, but foolish?

Then I started thinking, “Well, what does the world want from God?”