I ran across the following meme the other day (who says the Internet is useless?): 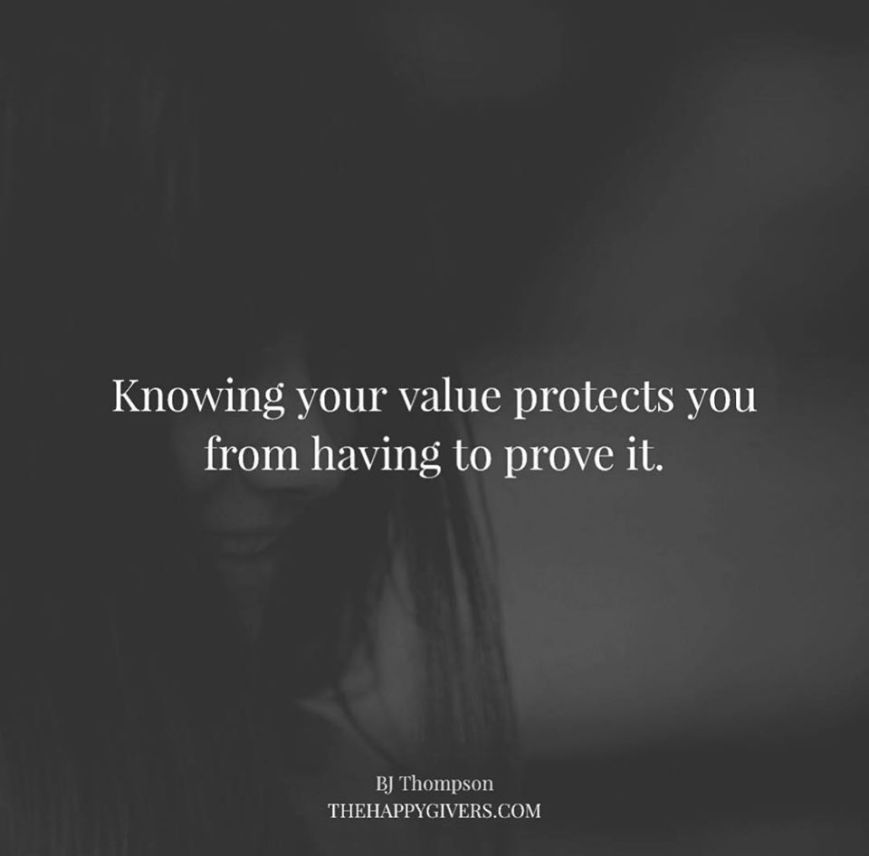 It is an incredible quote, for it brings many of our lives into sharp relief. It went straight onto the Facebook page for my blog, for it was propulsive and illuminating, at least for me. All of a sudden, through this idea, many of the regrettable actions we take (or see taken around us) gain an interpretation they never had before.

Most of what we interpret as immaturity are unhealthy attempts to prove our value.

The office worker who stirs up drama is trying to prove his value by bringing others down.

The family member who deflects or passes the buck when called out on a mistake does not realize that she can be valuable and wrong at the same time.

The one who turns every conversation towards themselves is too busy securing their own value to see that of others.

I’ve just described all of us somewhere. Like a dog chasing its tail, we are all trying to capture something that could not escape us if we tried. We cannot attain what is already ours.

Being made in the image of God carries incredible value. We are shredded and dirtied by sin, lost in a haunted house called the human heart, yet pursued by the Cross’ offer of redemption. God went to great lengths to open a way to salvation, all because he calls us valuable.

His ways not only clear us of sin’s sentence, but free us to live wisely in the practical realm every day by revealing our value. When one understands his value in God, they are protected from having to prove it. They are no longer driven by those compulsions. They no longer seek their identity in sports, hobbies, political causes, or cruel and legalistic religion. They can admit errors, break addictions, set boundaries, forgive, help, lead, and love. Since they’ve had their core questions about themselves answered, they can start focusing on others’ questions instead.

This is impossible with the world. They’re not even trying to hide their self-hatred anymore. More openly each day, they celebrate our supposed insignificance in the cosmos, place higher value on animal species than themselves, and embrace pornography. Suicide and self-centeredness are epidemic. Satan loves to claim you have no value, then propose an endless series of hoops to prove otherwise.

God cures all that. And only he can.

Come to Christ and let him break your chains. Whether you are new to him or part of the old guard, there is always something to be mended. He welcomes all comers with open arms, and writes new stories where there were only scribbles before.

I’m glad you tuned in today. If you found this post to be of value, please feel free to share it on social media. Thanks a bunch!

10 thoughts on “The Value of Knowing Your Value”