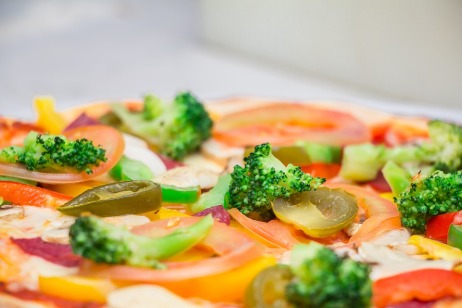 The other night, I pulled up to a house for a late delivery run.

The house and lawn were run down. They all look that way in March, of course, as the snow melts. But the interior didn’t look much better, dirty and unkempt, as I peered through the curtain-less sliding door.

I knocked and saw the lone occupant – an elderly man with a beard that would make ZZ Top raise their guitars in salute – rise slowly from his chair. He was using a cane.

This’ll be a stiff, I thought, steeling myself to be fine with no tip. Customers of this profile were often cantankerous. Sometimes, you could argue that life had given them reason to be. Yeah, you could argue that if you lack the money to tip, you lack the money to order pizza in the first place, and maybe that argument works for the folks who order thrice a week without ever tipping. But sometimes a man’s gotta live, you know? So I was good either way. (And just to be clear, I never ask for tips. Bad form.)

The door opened. The man’s eyes crinkled with a shy warmth. A small cat had padded in front of him to the door, almost as if guiding him there.

I greeted him enthusiastically, quoted the price, and he presented a hundred dollar bill. “I’m sorry I don’t have smaller bills,” stammered the man. “I told ’em that when I called…can you make change?”

Happily, I was on stop #2 of a double run, and the first order had been large, so I had enough cash on me to make change (the only circumstance in which we drivers are supposed to do so). I did have to include an inconvenient wad of fives and ones, which I apologized for.

“That’s all right,” smiled the guy wearily. “I know how it is.” I now noticed the wall behind him covered with portraits of children, likely cherished descendants.

“Wish I could offer the whole thing for a tip…not quite…” he mumbled.

And as he profusely thanked me for the pizzas, this man handed me a double-digit tip. Largest of the night. Or the previous three. I asked if he was sure.

Looking back, I probably should have refused. I managed a “God bless you”, climbed back into my car.

Lord, have mercy on me, a sinner. I still haven’t learned one of your basic commands: stop judging books by their covers. Especially when you’re the one writing the stories.

As I drove away, I prayed for that happy old man. That if he was not a Christian, Jesus would draw him. That if he was, that he would bless him richly, heal his infirmity. Jesus might be all over that already. He blesses those who are generous. Heck, bless his cat.

I’m going back to his house soon to invite him to Easter Sunday. His tip will be in the envelope I give him.