Below are ten theological statements, each with a hypothesis…and a conclusion.

1. “God does not share his glory…so Jesus must not be divine.”

2. “God is love…so nobody will be sent to hell for eternity.”

3. “God will not be mocked…so he’ll remove your salvation if you keep sinning.”

4. “God is sovereign…so he is the one directly causing every event.”

5. “God is generous…so it’s never his will that you be poor.”

6. “God doesn’t make mistakes…so there are people created only for destruction, to whom salvation is never made available.”

8. “God is welcoming…so nobody should be excluded from church.”

9. “It’s all about God…so he does not attend to matters like our personal identites.”

10. “God does not show favoritism…so Christians will not be raptured out of the Tribulation.” 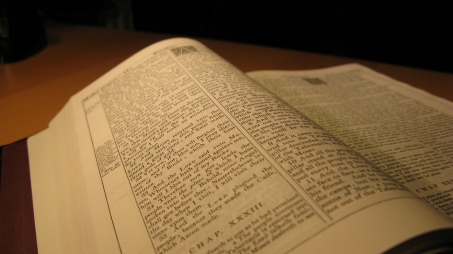 No doubt, like me, you agree vigorously with all ten hypotheses but disagree with some of the conclusions (I’ve deliberately set it up that way).

My point today is not to debate each one, despite the passion they’ve already raised in you just in reading them (and in me in writing them). My point is instead to highlight our common use of weak supporting arguments.

All ten of those statements have one thing in common: Each shows a broad principle of God’s character being applied to a specific doctrine.

And that is a problem.

My pastors are all immensely generous men. That doesn’t mean that any of them are about to loan me $30,000 for a brand-new Toyota 4Runner if I walk up and ask. That isn’t how they operate; there’s more going on, more specifics to consider.

In the same way, relying on a simplistic character-based argument is typically a shaky pathway to discuss how God acts. There are always stronger Scriptural arguments to use.

Unfortunately, such broad-brush character arguments are rife amongst today’s Christians, while actual Biblical knowledge is at an all-time premium.

The other day (as just an example…again, not wanting to get hung up over this today), I saw a blogger claim that the Parable of the Talents from Matthew 25 is not describing the way God runs his kingdom, as the traditional interpretation goes, because the “harsh and greedy Master” described in the parable “does not seem to be very God-like”. His belief is that Jesus is using the parable to describe the Pharisees’ SOP of extorting the people.

Admittedly, this is one of the Gospels’ knottier passages. God acts with what (on the surface and in our view) seems an unreasonable judgment towards the parable’s third servant, the one who buried and returned his allocation without interest. Would a kind and generous God really do this?

Because closer exegesis (specifically verse 1) supports the idea that Jesus is indeed describing his own kingdom, damaging the possibility that he’s talking about something else. At least by my understanding.

Which leaves us to acknowledge that God is indeed entitled to behave that way, whether we like it or not. It’s about letting Scripture lead us, instead of trying to lead it; it’s about whether we trust it. Our place is to assume no contradiction, understand why he acts as he does (for he does offer understanding), and obey.

Don’t get me wrong, it is important to understand God’s characteristics. The problem is, like my pastors’, they start colliding. He is, for example, a God of love and a God of justice. That presents a problem because, needless to say, some of us are very interested in one and would gladly avoid the other.

But he remains Himself. God is not bound to our human definitions of love, sovereignty, justice, generosity, or anything else. He operates by his own definitions. And as long as we operate outside those definitions and substitute our own, we’ll get him wrong.

So where do we find the right parameters for God’s character?

Approached without bias. It is far better to dig deep into the Bible for where God directly addresses an idea, instead of falling back on superficial uses of his character.

Don’t worry. Objectivity is hard for me, too. But it’s necessary.

Doctrine gives us tough decisions to make, about whether we will accept God’s at his Word. But as John Piper said, “the Bible is where we meet Jesus. You can’t make Jesus up…He is the Jesus of the Bible or he is the Jesus of your imagination.”

And if this worries you, rest in the knowledge that these good practices, these habits of solid doctrine, ultimately lead to a shining treasure: that God is offering salvation by grace, not worked for, but received through faith – leading to our transference between kingdoms and a rich inheritance of eternal life.

This is what it means to be good Bereans. May we elevate our game and know his Word.

17 thoughts on “The Danger of the Character-Based Argument”