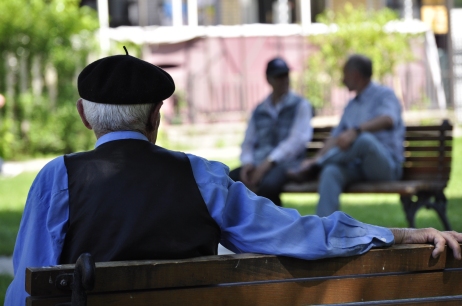 The woman who gazes at a hated reflection and wishes she were thinner and prettier.

The poor man who wears himself out pursuing the worry-free life of a millionaire.

The failed applicant who lost to someone with a longer resume (or better connections).

The scrawny sophomore who sits at home envying the senior jock who seems to go nowhere without an entourage.

All these people are comparing ourselves to others. It’s a rampant problem in today’s society. I needn’t rehash the costly and damaging things people do to attain the standards society promotes.

Much Christian teaching these days, directed at millennials in particular, has recognized the insecurity bred by this phenomenon and offers an answer: to “stop comparing yourself to others and find your satisfaction in God“.

There is truth to this. Even the world manages to stumble haphazardly upon this truth as it blindly gropes its way across the landscape. “A broken clock is right twice a day” and all that. And I would hasten to add that there are good reasons for some of the comparisons we perform. Job hunts are comparisons. We want the best person for the job. We would not hand a pulpit to an uneducated layman (or Satanist), or an engineer’s desk to a botanist who doesn’t know a wrench from his rear end.

However, at the end of the day, there are still lonely and undervalued people out there. There’s a missing piece to the puzzle: us. We have a role to play. And I suspect that we have allowed the competition aspect of life to spill its banks, become more prevalent than it should be.

We’re a busy people. Our schedules are crammed and hectic. Our energies are capped, as we know too well from our cappuccino expenses. We simply don’t have time for everything, so we prioritize.

Prioritization is a competition. It’s a race between various pursuits, projects, people, and possibilities in our lives. We hold up two things we’d like to do (or know we should) and compare their value to us. There’s a winner, and there’s a loser. We then give time, energy, and resources to the winner, while the loser goes procrastinated, postponed, or undone.

Sometimes these knockdown fights between competing priorities take weeks, a pros-cons list, and several rounds of prayer. Other times, it’s near-instant, subconscious, like dividing your time between your best friend or that new person we don’t know.

And when it comes to these lonely, self-hating people, what we don’t articulate is that they have lost a competition. Usually more than one. At countless points throughout the years, these people have been “seeded” against someone else – someone angling for the same opportunity, or with similar gifts or talents, or who can offer better entertainment, or perhaps just a more interesting hobby. And they’ve lost out. Whether because of their looks, abilities, personality, rung on the socio-economic ladder – who knows. We judge people by their shoes, for heaven’s sake. And though we have all been on both ends of this spectrum (the comparing and compared), there are indisputably those out there who spend a lot more time on the latter end.

People have learned something from this. They’ve learned that if they’re going to successfully compete for love and affirmation, they have to compare themselves to those who are winning.

They learn to constantly, unconsciously, glean tips on “how to make it”. Write a better application letter. Walk more confidently on the sidewalk. They didn’t just decide one day to subject themselves to a nightmare existence of constant self-flagellation via comparison. They do it because they keep losing. They remain unseen, less loved. Wear this coat and tie to the coffeeshop (the coffeeshop??!!!?!?!!!111), or start that energy diet, society vague-mocks, as they hold up ridiculous standards and then turn around and exploit the resulting insecurity to sell self-help magazines.

I wish I could say the church was different. I think mine is. But we’re not perfect. We help decide whether people feel accepted. Whether they sense forgiveness. Whether they are valued, competent, or appreciated. 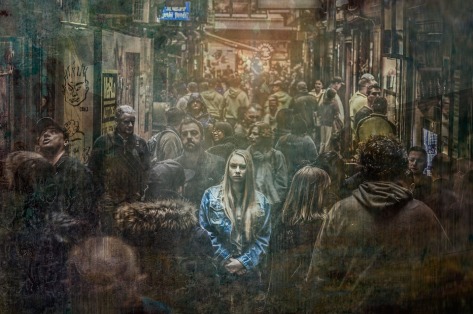 We do politics. Cliques. The woman who sits in the pew longing for the honor and visibility the church gives to the young couple who waited? She might be wanting the wrong thing. But there might be a kernel of truth to her heart’s cry as well. It might be simply a cry for love and mercy, spilled over into the wrong channels but still valid at its source. Ask Zaccheus.

Are we imposing the very comparisons we tell others to avoid?

It’s worth asking. People compare themselves because we’ve taught them to do so. To be clear, we are all responsible for our own sins; if we compare ourselves, we’re on the hook with God for that, and cannot blame anything or anyone else. But the fact remains: anyone saddled with a “disadvantage” is eventually going to start seeing life as a series of competitions to be won. And we’ve played a role in that.

Which leaves a few holes in our preaching about “stop comparing yourself, you’re a child of God”. Holes shaped like us.

I have some thoughts about the solution, but alas, this post is growing in size to where it will inevitably start losing to shorter posts in the competition for people’s reading time. 🙂 So I will come back Monday with that.

I’m glad you tuned in today. If you feel this post could help someone, please feel free to share it on social media.

21 thoughts on “Are We Driving Others to the Sin of Comparison?”