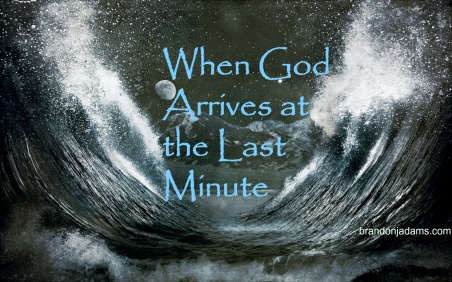 I honestly didn’t know where I’d be living in a week’s time.

My first teaching stint was coming to an end. The remote school lay surrounded by the trailer park they called teacher housing, on the very western edge of the Great Plains, right where they finally sweep upwards into the Montana Rockies – a glorious, meteorologically dramatic collision of alpine and prairie. As trying as the three years had been, I found (as we often do with such trials once they’ve finished) that I was going to miss the place.

Unfortunately, my job prospects were now as empty as those wind-swept prairies. Each interview that spring had led only to the familiar “You interviewed well, but we’re going in a different direction”.

Since I’d been busy organizing a senior trip (to Vegas, natch, after which I had to chaperone a student back to Montana by bus), the administration had given me two extra weeks in teacher housing. I had that long after returning (did I mention by bus?) to secure new living arrangements, which largely hinged upon figuring out my next teaching gig. Then I had to be out.

I could always return to my hometown. But it certainly wasn’t the way I’d hoped to end the year. And let’s just say that employment gaps on a resume are particularly deadly for teachers – especially when the choice schools get hundreds of applications and will invoke any and all reason to thin the pile.

With four days left in teacher housing, I was blind to the next step of my life.

Sometimes…well, a lot of the time…God’s plans for our lives look less like a blueprint and more like a Hollywood screenplay.

I’m reminded of Israel’s deliverance from Egypt. If you needed proof that our God has a flair for the dramatic, look no further. You’d think that after four centuries of slavery, God’s chosen people would have earned a simple liberation. Boom. One swipe. Instead, they incur more false starts than the 2011 Seahawks. No sooner are they finally on the move than they find themselves cornered against the Red Sea, the might of the Egyptian army thundering down upon them (Exodus 13).

Obviously, the stakes of the Exodus were a little greater than the ticking clock on my employment. But whatever else God is up to, we know this for sure: in all situations, he’s transforming us.

And every day he can wring another repetition, another flexing of our faith muscles out of our daily trials, is a good day for him. Because it’s a good day for us. (For you exercise nuts, the maxim “pain is weakness leaving the body” might fit here.)

Patience is more than endurance. A saint’s life is in the hands of God like a bow and arrow in the hands of an archer. God is aiming at something the saint cannot see, and He stretches and strains, and every now and again the saint says–‘I cannot stand anymore.’ God does not heed, He goes on stretching till His purpose is in sight, then He lets fly. Trust yourself in God’s hands. Maintain your relationship to Jesus Christ by the patience of faith. ‘Though He slay me, yet will I trust in Him.’” – Oswald Chambers

Although it doesn’t always feel so, our faith is our real treasure. Which explains why God sometimes sees value in stringing trials out, like a guy who stumbles upon treasure in a cave and gleefully loads up his sack with every coin he can fit: “One more…one more…juuust one more”. If you were in that situation, why would you stop anywhere short of the maximum you could possibly carry?

With four days left until zero hour, I got a call to interview for yet another teaching position. Just to thicken the plot, my car broke down and I had to borrow a friend’s. The handoff took longer than I anticipated (through no fault of my friend’s) and made me late to the interview. Late. To a teaching interview.

The morning before my final day in teacher housing, I got two calls in the space of half an hour. One was the school offering me the job. The second was from a friend who had worked at that very school, recommended me for the job I now held, and was now mentioning me to his former landlady, who had a lakefront apartment to rent out.

Did I mention this district was one of the highest paying in the state?

And think of this…God had laid the foundation of this exodus fifteen years before, when I first met that friend.

Red Sea of my unbelief, consider yourself parted.

If you’ve reached the two-minute warning and aren’t sure there’s time for God’s intervention…take courage. These are the moments where God loves to show up. Look to the horizon with expectation.

27 thoughts on “When God Arrives at the Last Minute”